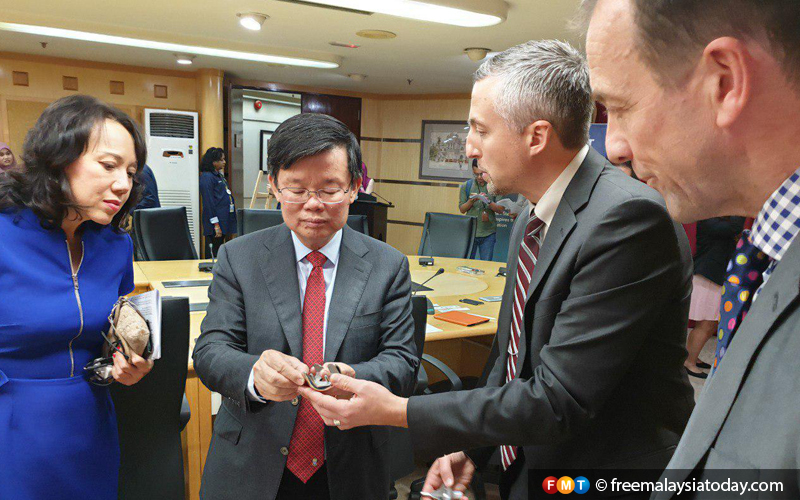 In announcing this today, Chief Minister Chow Kon Yeow said SN would complete the 250,000 sq ft plant by the end of 2022, creating 800 high-value local jobs over the next five years, starting next year.

“Traditionally, the electrical and electronics industry (E&E) and the semiconductor industry have been important pillars of the state’s economy.

“In the past 10 years, the medical technology and devices industry has also been playing an increasingly important role in Penang.

“So, we are delighted that we will be getting this strategic investment from SN,” he said at a press conference in Komtar.

“Penang has a balance of manufacturing expertise, evident by the many high tech companies here, including medtech (medical devices technology).

“And Malaysia has been overall attractive to us, with a stable economy and a history of foreign direct investments.

“The new factory will cater to the demand in the Asia Pacific region for hip, knee and other implants,” he said.

Macken said the value of the investment had yet to be determined as it was in a “design stage” but said it would involve “a very large amount”.

Earlier, Chow witnessed the signing of an agreement between SN and the Penang Development Corporation for the purchase of a 7-acre land at the Batu Kawan Industrial Park.

According to state investment agency Invest Penang, SN had a revenue of US$4.9 billion (RM20.3 billion) and is one of the world’s top 30 medical device companies by revenue.

The agency said Penang had a total of 56 medtech companies in and SN’s entry would further enrich it as a hub for the medtech industry.

The Malaysia External Trade Development Corporation, or Matrade, had revealed that the country’s medical device exports reached an all-time high of RM22.9 billion in 2018, creating a trade surplus of RM17.5 billion. The key export markets are the US, Germany and Japan.

McKinsey estimates the medtech market in the Asia Pacific will be the second largest in the world, ahead of the European Union by 2023.

Dexcom selects Penang for its first facility outside of the US